Thought I'll share, I finally found the location of the socket for the front side markers. It's circled in yellow with W5W bulb marking! 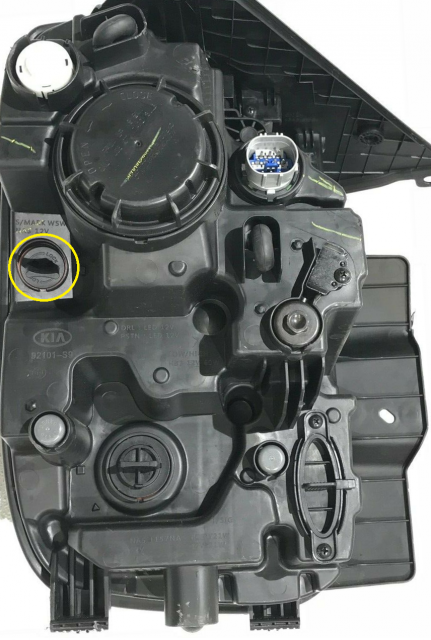 As you've worked to replace the incandescent bulbs with LEDs, have you experienced any hyperflash issues, or has everything gone smoothly?
OP
J

Yes, hyperflash does occur on the front turn signal lights using standard bulbs. I don’t know about the rear since it already came with LEDs.
C

Thank you for the quick reply. Just to confirm we're talking about the same thing, hyperflash isn't the regular flashing of the turn signal lights.... it would be a very rapid flashing (hyperflashing) that would only occur in situations where the car is expecting to see incandescent bulbs, and they get replaced with LEDs that have a much lower voltage requirement. So the rear would not hyperflash if the vehicle comes OEM with LED in that location. Regular bulbs would not hyperflash in the front, but if you replaced the front with LED's, those front LED bulbs might hyperflash. Load resisters can be installed to stop that from happening. In the case of my other vehicle, it came with most of the lights as LED to begin with. But the front fogs and front side indicators were incandescent. The front side markers worked without hyperflashing when I replaced the OEM bulbs with LED equivalents, but I had to install in-line load resisters to get the LED bulbs for the front fob lights to work.
OP
J