Ever since the Telluride came out, my wife really liked them. Her car had been paid off for a couple years and she was getting the itch.. went to the local dealer and they of course did not have anything on the lot since they sell so quick. They took her info and that was that. Less than a week later, she got a call that they unexpectedly got one in (it was reserved and the folks backed out). We checked it out, and it was basically everything she had on her want list - other than the color. It was white and her last two cars had been white so she wanted something different.

Sales guy looked up their upcoming inventory and said that the same trim, package car was coming but it was Wolf Grey. Again, less than a week later, the sales guy called and said that they now have the VIN, and we could place a deposit to reserve the car... so we did.

It was scheduled to arrive May 31, but actually came early and we picked it up May 29th. We sold the Sorento to Carmax just a couple days prior in preparation.

I always start a build journal for all the cars so i can remember what all ive done (and how I did it) and when it was done. Ill update a link to a journal when I start it. 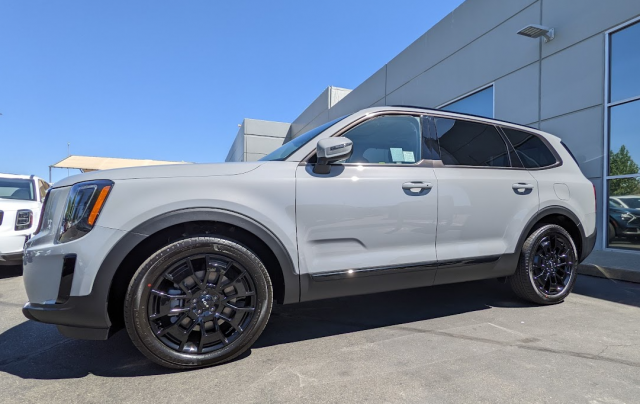 Well, correct me if im wrong, but I didnt see a whole separate sub-forum for member journals? If not, Ill just turn this thread into that.

Congratulations and nice color choice! What are do you live in so that some of us can spot you to say hi on the road?
OP

TellWhoRide said:
Congratulations and nice color choice! What are do you live in so that some of us can spot you to say hi on the road?
Click to expand...
We're 20 mins outside of Sacramento.
We'll be driving down to Riverside this weekend to see my wife's parents.
OP

Well, literally the day after we picked the car up, we dropped it off at a friends shop, Detail Maniac, here in Sacramento on Monday.
They polished the car, then installed clear bra (PPF) on the entire front end (hood, fenders, bumper, mirrors, A-pillars) and even put some over the C and D black pillars as well. They do not use templates, everything is a custom fit, and they remove all trim pieces and emblems so it is a seamless install. On top of the PPF, he did a 6 month ceramic coat as well, this thing is SLIPPERY! Picked the car back up on Friday and pictures do not do it justice. 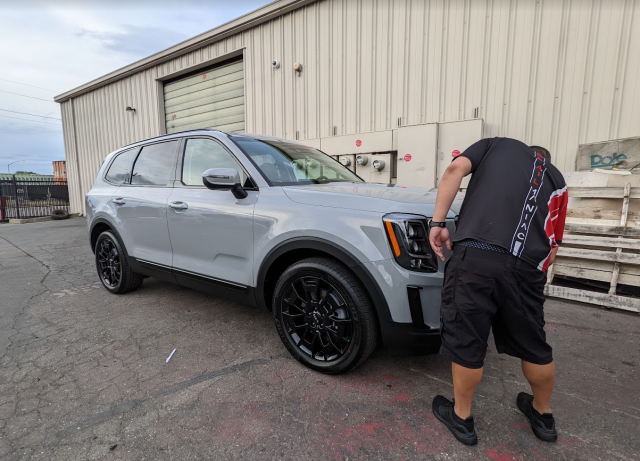 I did the whole front end, and a lot more on my Crosstrek since I knew I was going to be taking it off-road a lot. I wish we had done that to my wife's previous Sorento as her cars are usually the long road trip car and gets a lot of long freeway miles (all my cars have been manuals and she doesnt want to drive one for hours on end lol). The Sorento has tons of rock chips and such all over the front end, so I wanted to prevent that on the Telluride.

Quick snap of the Trek 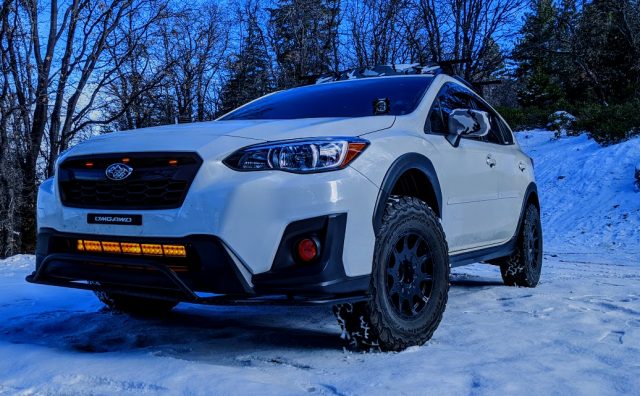 Friday night I removed all the carpet floor mats and installed all weather ones for all 3 rows.
One thing I cant really seems to find easily are seat-back protectors for the 3rd row. I can find a rear cargo cover no problem, but I would like to get seat-back protectors that match the cargo cover, so when the 3rd row is laying down everything looks similar. ive seen the large cargo covers that you need to remove when you flip the 3rd row up, but I dont want to mess with that. With the Sorento, I found a whole rear cargo cover that went up over the back of the 3rd row, and even up along the sides of the car to protect it. Ive seen a Reddit post (I think it was) that Kia Canada has seat-back protectors as a factory option, but not sure I want to pay the shipping for that.

I also took some spare gloss black vinyl I have from random projects and wrapped the front Kia emblem - no idea why they didnt makes the front and rear one black, especially with the Nightfall package.

Pic of the cover I had gotten for the Sorento - dogs liked it, and we liked that it protected everything back there from them lol. 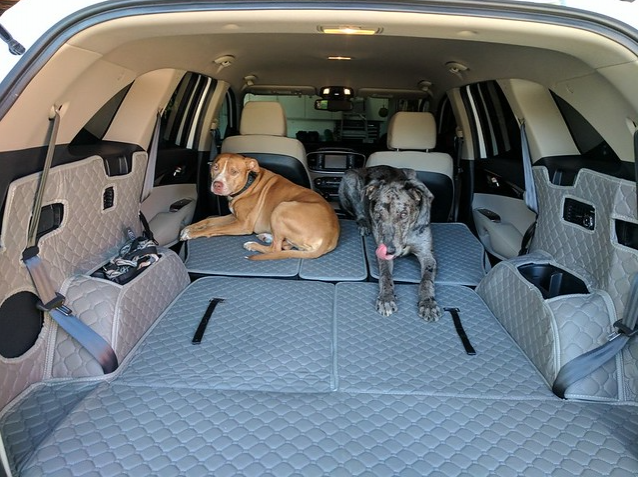 On Sunday, I installed a 2" class 3 Curt trailer hitch. Since we take her car down south to her parents, I like to bring my bike to ride some of the trails down there with my father in law.
Also wrapped the rear Kia badge in vinyl. 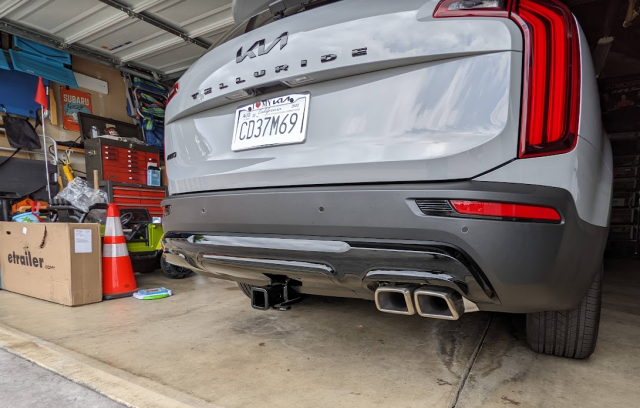 I had a spare set of lug nuts laying around from our Tundra, and they happened to be the same thread pitch, so swapped those over to the Telluride as well 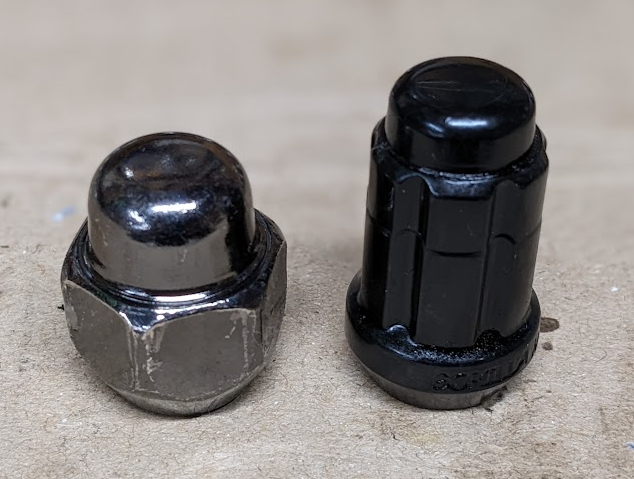 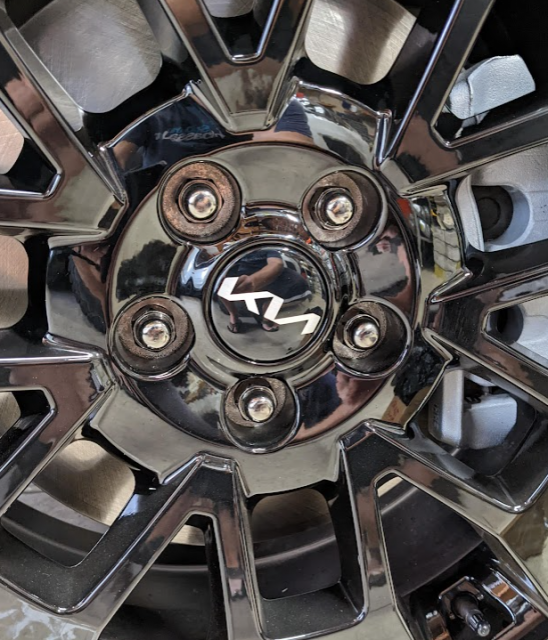 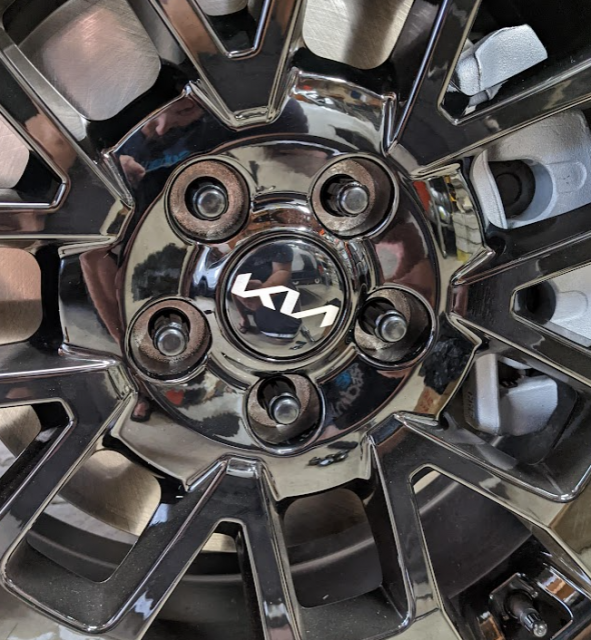 This is a link to the Canadian rear cargo and 3rd row seat back protectors... still trying to find something equivalent from an aftermarket company.